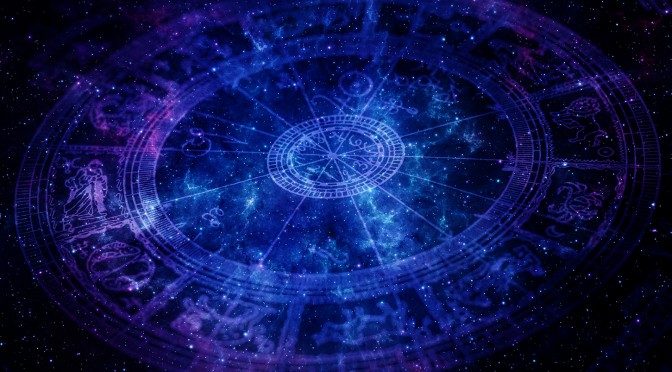 In 2011 India’s Bombay High Court ruled that Astrology is a 4,000-year-old trusted science. Earlier in 2004 the court instructed Indian universities to investigate incorporating astrology into the Indian scientific curriculum. But that suggestion that astrology is a science is not a position accepted by the community at large. Why?

“Science”, derived from the Latin word Scientia, is knowledge based on demonstrable and reproducible data. It is a systematic and logical approach to discovering how things in the universe work.

The Scientific Evidence for Astrology

The basic premise of Astrology is that the movement of the sun, moon and planets through the constellations have influence over, or are correlated with, people and events on Earth. Astrology has a logical system of rules based on the relative positions and movements of these bodies to decipher their meanings and draw incites about an individual’s personality, the challenges they are facing, and major events on Earth.

Complex mathematics, the underlying basis of most sciences, is key to Astrology. Serious astrologers must have a firm grasp of both mathematics and astronomy to understand the movement of the celestial bodies. Astrology is also linked to both chaos theory and quantum theory, serious sciences within the physics discipline.

There is also good reason to believe that the movement of celestial bodies does correlate with events on Earth. It is common knowledge that the ocean’s tides are caused by the gravitational forces of the moon and the sun.

Astrologers believe that these same gravitational forces, as well as the gravitational forces of the other planets, act on the human body, which is also 75% water. As proof of this possibility, it is often pointed out that there is documentary evidence that more assaults occur around the full moon than at other times in the month, suggesting that the moon has some influence over human behaviour.

In 2004 former University of Plymouth astronomy lecturer and member of the Royal Astronomical Society, Percy Seymour argues that the magnetic fields of the different celestial bodies influence the formation of babies’ brains while they are in the womb, explaining the shared personality traits of those born when the planets are at similar locations.

There is some evidence to support this perspective, as personality traits linked to different star signs do appear to occur at a level more pronounced than can be explained by chance. Research shows that people born under Sagittarius make up the largest number of people in the entertainment business, and Leos receive more academic awards than any other sign.

Meanwhile Aquarius outnumber users of website ashleymadison.com, a website for cheating spouses, by about 50%, and also provide the largest number of American presidents.

That Astrology is based on objectively observable phenomenon is also supported by the fact that, much like mathematics and geometry that developed independently in cultures across the globe in order to serve their needs, astrology also emerged independently in several different cultures.

The earliest evidence for astrology comes from around 3,000 BC in ancient Mesopotamia where priests read the stars to understand the fate of the kingdom. This astrology was adopted by the Greeks, and eventually transmitted to western Europe to form the basis of the astrology that most of us are familiar with today.

Independent of the Mesopotamian astrology, a similar practice, known today as Vedic astrology, emerged in India. It has strikingly similar characteristics, including prioritising the same constellations, and imbuing the planets with similar influences. A form of astrology based on the Mayan calendar also emerged in South America from at least 500 BC.

The similarity between these independent astrological practices suggest that they are based on some shared facts, that can be observed in nature.

While not considered a mainstream science today, for millennia astrology was among the core scientific practices. The most famous astrologist is Nostradamus, a French physician and philosopher from the 15th century. Interpreters of his work claim that he predicted the Great Fire of London, the French Revolution, the rises of both Napoleon and Hitler, both world wars, the nuclear destruction of Hiroshima and Nagasaki, the Apollo moon landing, the death of Princess Diana and the September 11 attacks. Galileo and Newton also firmly believed in the practice.

In the Christian tradition many argue that the three wise men were astronomers, who divined the birth of Jesus from looking at the stars. Several Catholic Popes also famously relied on astrology: Sixtus IV was the first pope to draw and interpret a horoscope; Julius II chose his coronation date astrologically; and Leo X and Paul III relied heavily of Astrologers for advice.
In modern times, Ronald Reagan, Winston Churchill and Franklin D. Roosevelt are all said to have consulted astrologers to help them make crucial decisions.

Even today, several reputable universities have invested in research into Astrology. For example, a research group has been set up at Southampton University in the UK to take a critical look at astrology. The PhD students attached to the group are currently researching alcoholism’s link to Jupiter, the correlation between prostitutes and their date of birth, and the link between women’s fertility and the movements of Jupiter and Saturn.

Although astrology is an age-old art, like other sciences, astrology develops and adapts as new evidence is brought to light. Most recently the identification of a number of dwarf planets (including Pluto) orbiting around a Sun just beyond our solar system known as the Kuiper Belt has changed the astrological approach. Respected astrologer Sue Kientz has been studying the astrological influences of these dwarves, and she has shared her findings in her publication “There are more Plutos”.

Kientz tested her theories against more than 1,200 astrological charts over a period of 7 years, bringing together a firm evidential basis for her claims. Other astrologers will now be able to try and replicate her findings independently to confirm their validity. This independent replication of findings is a fundamental principle in all sciences.