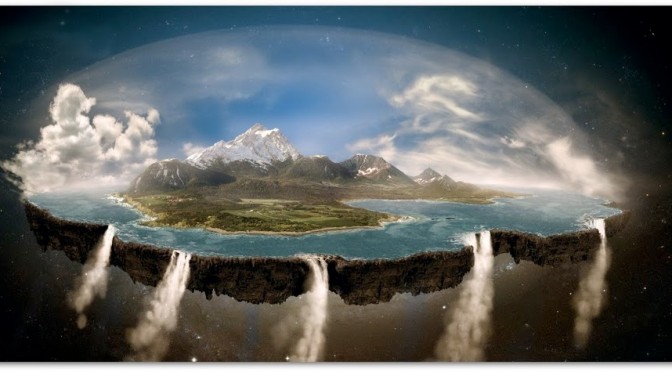 Have you thought about Flat Earth theory?  Is the world round or not?  Is it really a little globe spinning in space with other little globes around a much bigger ball.  This has been the accepted belief “in science” since Copernicus.  But some scientists are coming forward to de-bunk the accepted science.

Why can you see the Chicago skyline from BERRIEN COUNTY, Michigan, almost 60 miles away?  The photo from Grand Mere State Park in Stevensville. Even when extremely clear, this should not be visible, due to the curvature of the earth. The Chicago skyline is physically below the horizon from that vantage point, but the image of the skyline can be seen above it.

The theory that the north pole is the top of the world and the south pole is the bottom of the world is being contested by a handful of theorists on the internet.  Flat Earth Theory is the new hot topic on youtube, vimeo and other video websites.  Watch the video above and then use the links to other flat earth science sites to investigate further.

How can we have a eclipse when the sun and moon are both clearly visible in different positions in the sky?  Did the astronauts really get through the firmament (or Van Allen Belt)?  Is the north pole the center of land on earth and “Antarctica” just a snowy ring around the outside of the flat plane?

I tell you, I am beginning to to believe after watching all of these interesting videos.

a comment on youtube says:  ‘ The flat earth theory is for the smart, intelligent souls.  Souls that dwell in truth seeking!  NASA was designed holding hands with Disney and  Hollywood to program the dumb sleepers.  Wake up DOC!!!’