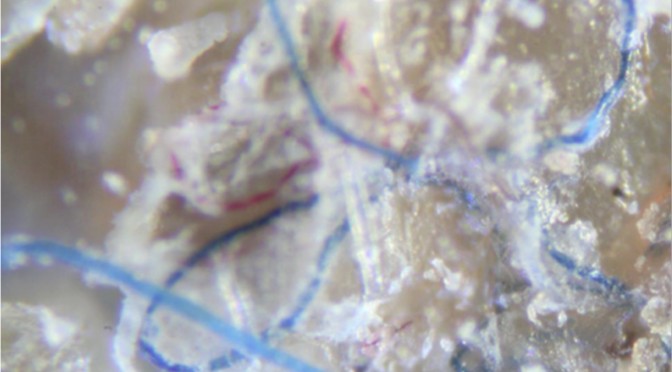 Morgellons disease is an uncommon, unexplained skin disorder characterized by sores, crawling sensations on and under the skin, and fiber-like filaments emerging from the sores. It’s not certain what these strings are. Some say they are wisps of cotton thread, probably coming from clothing or bandages. Others say they result from an infectious process in the skin cells. Further study is needed.

People who have Morgellons disease report the following signs and symptoms:

The intense itching and open sores associated with Morgellons disease can severely interfere with a person’s quality of life.

Researchers with the Centers for Disease Control note that the signs and symptoms of Morgellons disease are very similar to those of a mental illness involving false beliefs about infestation by parasites (delusional parasitosis).

How widespread is Morgellons disease?

Morgellons disease is a relatively rare condition that most frequently affects middle-aged white women. A cluster of cases occurred in California, which prompted the CDC to conduct a research study to determine if the cases were somehow related. Another study conducted in London reviewed five years of cases, from 2003 to 2008, and found 18 patients with a diagnosis of unexplained dermopathy or Morgellons. Of these, 83 percent were middle-aged women and 69 percent were white.

What do researchers know about Morgellons disease?

A possible link between Morgellons and infection with Borrelia spirochetes has been suggested by one group of researchers. Three in the group are affiliated with the Morgellons Disease Foundation.

In an earlier study, researchers with the Centers for Disease Control and Prevention (CDC) concluded that Morgellons disease, which they refer to as an unexplained dermopathy, isn’t caused by an infection or parasites. They studied samples of skin, blood, urine and hair.

Further research is needed to determine whether Morgellons is a new disorder and, if so, to develop diagnostic criteria.
A contested diagnosis

Other health professionals don’t acknowledge Morgellons disease or are reserving judgment until more is known about the condition.

Some people who suspect they have Morgellons disease claim they’ve been ignored or dismissed as fakers.

In contrast, some doctors say that people who report signs and symptoms of Morgellons disease typically resist other explanations for their condition.

The signs and symptoms linked to Morgellons disease can be distressing. Even though health professionals may disagree about the nature of the condition, you deserve compassionate treatment. To manage your signs and symptoms:

youtube user William Mount posted this: You Are Not Crazy If You Have Morgellons. The disease is deigned to sterilize Planet Earth. It is now in the underground cities. Please – you can fight back but you must realize if a Doctor Treats you he goes to jail.  Buy: Immusist, Oregano Oil, Citricare For The Mouth and Skin, Yellow Dial Soap, Magnets, Blue Spruce Oil.

from the Atlas of Science: Morgellons disease: the search for a perpetrator

Morgellons disease is a poorly understood skin condition associated with Lyme disease. Patients suffering from the disease often have spontaneously-appearing, slowly-healing skin ulcers and may have crawling or stinging sensations in their skin. They may have one or more typical Lyme disease symptoms such as joint pains, muscle aches, “brain fog” and fatigue. People with this affliction produce microscopic filaments or fibers that project from skin lesions or can be seen under the skin using a handheld microscope. The fibers are often oddly-colored, mostly black, white, red or blue.

Most doctors thought the skin ulcers in Morgellons disease were caused by self-mutilation and that the filaments were textile fibers implanted by patients. Our research has shown that the bizarre filaments seen in skin are not textile fibers, worms, insects or living organisms. Instead, they are composed of collagen and keratin, normal components of skin, hair and nails that are growing in an unusual manner. The blue color seen in the fibers is a pigment called melanin. Melanin is responsible for color in normal human skin and hair.

Lyme disease is a bacterial infection transmitted by ticks. The bacterium that causes Lyme disease, Borrelia burgdorferi, is a spiral-shaped organism called a spirochete that can infect different body tissues and fluids causing multisystem illness. Spirochetes are elusive, and detection in patient samples is a daunting task. Previous studies to determine the cause of Morgellons disease concluded it was a delusional disorder, but these studies were flawed because the search for spirochetes and the investigations of fiber composition were too limited.

Our recent study published in BMC Dermatology in 2015 shows that Morgellons disease is associated with infection by Borrelia spirochetes. We embarked on an investigation, similar in many ways to the forensic investigations featured on TV shows like CSI, looking for evidence of the causative agent of Morgellons disease, in other words “a Morgellons perpetrator”. We knew that people with the skin disease frequently have been diagnosed with Lyme disease, so we had a likely suspect. We used multiple detection methods to accumulate evidence to identify our evasive “perpetrator”. We collected specimens from 25 subjects with Morgellons disease from across North America. These included dried specimens from skin lesions and fresh body fluids or tissues that were placed in a special culture medium to grow spirochetes in the lab. First, we visually looked for bacteria that showed the distinctive spiral shape using several types of microscopy.

We then looked for specific proteins that are produced by spirochetes using immunostaining – a method using a protein produced by the immune system (an antibody) to detect a foreign protein in a sample (an antigen). Antibodies and antigens fit together in a “lock and key” manner, making detection specific. Lastly, using sophisticated molecular techniques, we looked for DNA – the molecule providing genetic codes for most living organisms – and searched for sections of code found in Borrelia, but not other organisms. DNA sequencing – the process of determining the exact genetic code – can detect Borrelia DNA, providing the highest level of evidence for spirochete infection.

We found our “perpetrator”. We found evidence of Borrelia infection in 25/25 subjects and DNA evidence in 24/25. Furthermore, we grew living Borrelia spirochetes from skin, blood and vaginal secretions taken from some subjects. We concluded that Morgellons disease is not an illness caused by delusional beliefs but is in reality a skin manifestation of Lyme disease caused by Borrelia spirochetes. Finding the perpetrator will help thousands of suffering people who will benefit from treatment of the underlying infection.