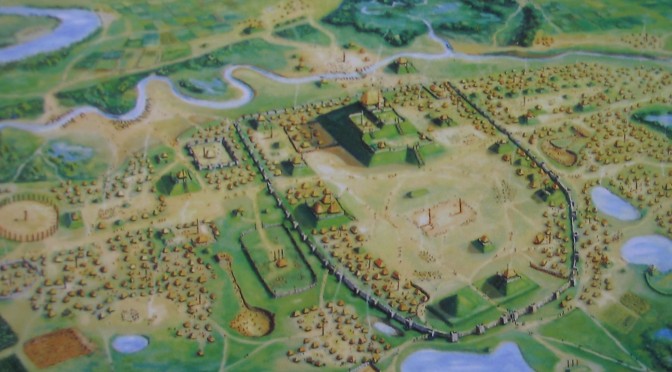 “No one is extinct, nothing is lost, there was no great migration.”

Information about extinction by Deb Huglin

We are a part of a non-profit Mississippian Culture Organization, which was recently developed to facilitate the stance of the 21stc century:
Nobody is extinct.
Nothing is lost.
There was no "great Migration.”
People lived everywhere and traveled everywhere.
Horses came from Turtle Island and never went extinct (Spanish mercenary mythos there.) People went from the Americas the OTHER WAY with the herds as they cross the land bridge to populate everywhere from South Africa (zebras) to the British Isles (Shetland ponies). All equine animals originated on the North American continent when it was an Island.

American Indians have never become extinct, nothing is lost, Pleistocene habitation of the Americas was commonplace; nobody needs to fantasize about the American past, just ask.

The American Indians and Paleoindians have never become extinct. In addition, there was no “great migration” from another continent. Nobody is extinct, nothing is lost. The use of such misinformation in education, and especially generated in post-secondary institution divisions has been primarily to facilitate displacement and genocide of indigenous Americans for the economic gain of non-indigenous peoples interested in “invading” the Americas. This genocidal and displacement stance has also effected the history and archaeology of the Americas. Until the Maya finally started their anti-extinction campaign to stop the widespread rape of Ancestral places via “excavation & research” by non-Maya populations a few years ago, one could hear how the Maya “were” this or that, as though they weren’t standing right there. Like all the other American indigenous populations, the Maya need phone numbers and street addresses, just like the rest of contemporary peoples of this time. They, and the rest of the American indigenous or American Indian population are simply not conveniently extinct, sorry. Same goes for the “mysterious” past of the Americas. It is only a mystery to those who don’t bother to listen to the rich histories of the indigenous Americans. The Mississippian Culture Organization has been created to address the re-emergence of American oral and inscripted traditions, sciences and record keeping of the habitation of the Americas far back into the Pleistocene. The days of the clovis gang-bangers trying to talk the American Indians off the continent for the convenience of the genocidal practices of governments and special interest groups is over. Why don’t you just ask the Tribal group that lived in the areas you are interested in before you start fantasizing about what went on there?

Over the past decade there has been a push by the indigenous and interested population of the Americas to do what the Scots and Irish have been doing to stop the 500 years of genocide and suppression of their true and rich history and culture. Part of the problem with "mystification" of some of the historic oral and inscripted events and curiosities of the Americas from prior to the invasion 500 years ago is that the genocide against indigenous Americans included dehumanization. These tactics, like those used against the Scots and Irish for ethnic, religious and creating other forms of intolerance;  were strictly to facilitate displacement and even murder for economic gain in the form of land, mining or other possessions.

Despite the attempted “extinction” of indigenous Peoples and cultures in the Americas, despite the kidnapping and indoctrination of the indigenous population in the form of “education,” despite the indoctrination of the invasionist and descendent population being indoctrinated to facilitate further displacement and dehumanizing cultural genocide against indigenous Americans; the rich oral and inscripted traditions and the archaeological and paleontological evidence of the “mythos” of the Americas abounds.

Perhaps breaking the stranglehold that clovis gang-bangers and the post-secondary institutions and university presses has developed on what is real and what is out there will help to alleviate most of the suppressed information on the mysterious subjects included in your comprehensive lists. Unless the indigenous population of one place or another was severely treated and tortured into believing foreign religion teachings and turning a blind eye to their own relatives, culture and heritage, everybody still remembers everything from genealogy to politics to the giant animals of the Pleistocene as everyone has always lived on the American continents as far back as people go. Isolation of cultures and ethnic groups only occurs when the glaciers melt, and we are slogging through one of those periods right now. The Mississippian Chahta (that’s Choctaw for those who follow Dan’l Boone and the chewing up of American languages,) inhabited an area of the Americas from Canada to Peru (Chachapoya are southern Choctaw,) and from just west of the Four Corners to the Atl-Andes Ocean (Atlantic). The Quechan of the Colorado River basin near Yuma are the northern most group of the Quichan of the high Bolivian and Peruvian Plains (likely some more of the Atl-Andeans). These languages and their inscriptions are not lost, nor is the “rockart” inscriptions that go back far into the Pleistocene habitation of the Americas.

You will find that once you are recognized as not participating in the clovis gang-banging and suppression of archaeological and oral histories, that there is no problem finding out about the Hawk Men, the waterbabies, the Star People visiting (or warring like the Ute warrior holding a Star guy’s chopped off head in a canyon in Utah depicts. He won with a lithic tool against high technology…), Shape shifting, and a plethora of other things that have been pooh poohed as myths and legend by the proto-Victorian post-secondary education cults. Considering they are the ones who had mummies of people who were not their relatives as curios in the parlor, disrespecting every moral and ethical nuance of civilization, they aren’t exactly the people who should ever have had control over publishing and research.

The Paiute clearly remember the giants who had red hair and a preference for eating Paiute children after tenderizing them in a giant basket with a spike in the bottom of it to hold them flailing until they drained. After looking at ancient inscriptions on rock walls where the Paiutes lives and seeing clear records of little Paiutes running away from the lumbering chunky giants two or three times their size, and hearing stories about exact locations where giant attacks or strongholds were avoided by the smaller inhabitants, it is clear that the Pleistocene near Los Vegas wasn’t any safer than it is today in the way of one guy preying on another. The Paiutes thought it was funny when the giant cowboy neon sign went up out on the old “strip” where real creepy redheaded giants roamed not too far in the distant past.

As for the fantasy of invasionists having “higher” or “better” technology, nope. One of the biggest myths created during the “expansion” period created by a desire for economic gain of non-indigenous Americans: the iron pot wasn’t all that much better than baskets and pots to cook in, especially since it was heavy and had to be carried. That would never have been an important point of trading but for the fact it was made of Star Metal. Over the generations the gifts from the Sky People (which could mean meteorites or be literally gifts from Star People) included iron. It was considered a Sacred material and was highly prized by the American people. It is unlikely that anyone was aware that the invaders didn’t have a clue it was Sacred and that it was desired because of it’s healing and gift properties rather than the assumed technological advance that it signified to non-indigenous Americans of that time.

We are a part of a non-profit Mississippian Culture Organization, which was recently developed to facilitate the stance of the 21stc century:
Nobody is extinct.
Nothing is lost.
There was no “great Migration.”
People lived everywhere and traveled everywhere.
Horses came from Turtle Island and never went extinct (Spanish mercenary mythos there.) People went from the Americas the OTHER WAY with the herds as they cross the land bridge to populate everywhere from South Africa (zebras) to the British Isles (Shetland ponies). All equine animals originated on the North American continent when it was an Island.

More from and about Deb at http://www.mississippianculture.org

Let’s another look at our featured image in detail…

The mounds of Cahokia! The site of a sprawling pre-Columbian civilization, Cahokia is infamous for its mystery and relative obscurity. Not really fitting the narrative of what many historians have believed for a long time, this site defies conceptions of early American life and serves as a compelling reminder of how little we know of past cultures, or what all has been brushed under the rug.

more about it here!

Check out "Hug Me" clothes. Buy the Hug Me T-Shirt, Hug Me Hoodie, Keep Calm and Hug Me Tee or Keep Clam and Hug Me Shirt - low prices, worldwide shipping.