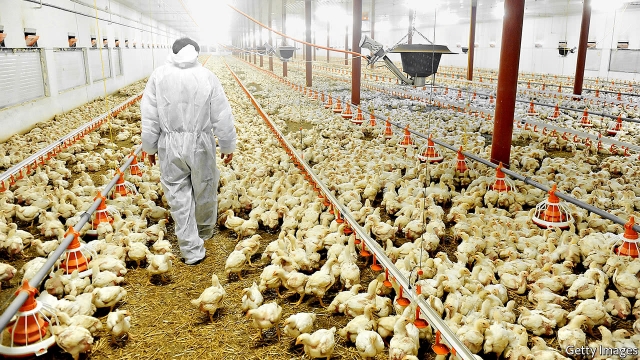 How do we get get cheap chicken?

If you eat chicken, please watch this report from UK’s, The Guardian.

Two-thirds of fresh retail chicken in the UK is contaminated with campylobacter, a nasty bug that affects about 280,000 people a year.

Three of the UK’s leading supermarkets have launched emergency investigations into their chicken supplies after a Guardian investigation uncovered a catalogue of alleged hygiene failings in the poultry industry.

Undercover footage, photographic evidence and information from whistleblowers has revealed how strict industry hygiene standards to prevent the contamination of chicken with the potentially deadly campylobacter bug can be flouted on the factory floor and on farms.

“Margins are low, so volumes have to be high and a few key players control the market.” Yet this drive for cheaper and cheaper meat has dangerous consequences. Undercover footage, photographic evidence and accounts from whistleblowers reveal a catalogue of hygiene failings in a poultry industry that supplies the likes of KFC, Tesco, Aldi, Asda, Marks & Spencer and Nando’s. Two-thirds of fresh retail chicken in the UK is contaminated with campylobacter, making more than 250,000 of us sick every year. Ron Spellman, Leader of The European Association of Meat Inspectors, is shocked by the incriminating evidence from one factory. “My god. It’s just unbelievable the amount of guts there are on the floor”.